Last week, News Feed celebrated 10 years of shaping our shared social awareness. Users resoundingly disliked the feature when it first debuted, and coincidentally, they’re not feeling so fond of it these days, either. Aside from all the recent algorithm changes to the News Feed, and accusations of censorship, Facebook has been acting up a little lately. You might have noticed a widely trending hoax article over the weekend, or even experienced trouble sharing to Facebook on Monday. But Facebook would really appreciate if marketers overlooked such things and instead got excited about the international marketing handbook and tools the platform recently released – you can check it out on the Business blog. Facebook would also like to distract you with the newly-instated ability to broadcast live from your desktop.

In other Facebook marketing news: Messenger is evolving further into a business platform, and the Platform 1.2 update supports easier, faster advertising integration with the ads users see in their News Feeds. Facebook started rolling out News Feed ads that encourage users to chat with business bots through Messenger, a neat development that enables businesses to start direct conversation threads with the customers they’ve already targeted. But the really big news? Messenger bots can now take payments directly from the credit card info that users already have stored in their Facebook or Messenger account, which means that leaving the Messenger window to make a payment in another app will soon be an inconvenience of the past.

At long last, Instagram has heard our pleas and we can zooooooom! (Just kidding, this new feature is currently only available to iOS users 😔) Since (some) users can finally pinch their screens to take a closer look at photos and videos, marketers can take this cue to get a little more creative with their Instagram content…think highly-detailed images with captions encouraging users to engage by taking a closer look. Check out some fun examples of what other brands are doing here. Instagram also added mute, save and colored text options to Stories (which we’re loving on our Torx account, BTW), and you no longer have to be Kylie or Taylor to filter out comments on your Instagram feed anymore. Whether you’re eager to experiment further with branded Stories or simply clean up all the “like back’s” and spam comments from your company account, these are all nice updates for marketers. 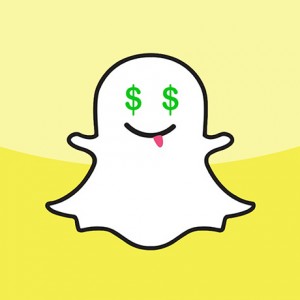 With the rising challenge posed by Instagram, it’s looking more and more like the platform previously valued at $20 billion is thinking about going IPO. The implication here for marketers centers around advertising revenue, because public companies are under more pressure to turn profits by increasing ads and trimming features that don’t make money. Snapchat’s first sacrifice, dropping the less-than-popular Local Stories feature to reallocate resources toward live event coverage, indicates that the platform is moving in that direction. Snapchat is already projected to generate about $2 billion in ad revenue by 2018, and rumors have it that the platform might go public by early next year. In this case, it’s likely that Snapchat will introduce a major new feature to accompany the offering and might even bless marketers with a fun new technology to boost their advertising. Until then, we can only speculate. 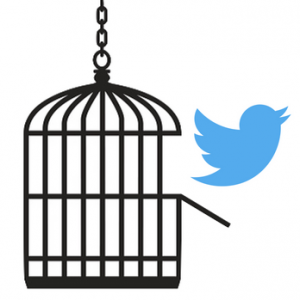 Remember back when Twitter promised we would soon be able to tweet without handles or media counting toward our character limit? Well, this much anticipated update could be implemented as early as Monday, Sept. 19. If this proves to be true, marketers can rejoice with all the GIFs they need without having to sacrifice messaging! 🙌  Twitter also made some updates to notifications and now tells users when someone has read their DMs, so be snappy with your customer service feedback or else, because your followers are watching. Users can also receive new notifications for their favorite live streams so they can tune in on time.

There are also rumors that Twitter is in talks with Apple to expand their Periscope Apple TV offering – imagine being able to stream live NFL games from Twitter to your TV? (Periscope, BTW, just released an iOS update that finally looks good on iPad, and boasts new features that show how many of the broadcasters you follow are watching with your live stream.)

And heads up, Hootsuite users – Twitter is adding better search functionality to TweetDeck, which it’s looking more and more comparable to the third-party analytics that people are already using elsewhere. But maybe we should be giving TweetDeck a chance. 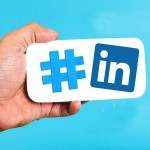 After being pretty dormant (*cough boring cough*) for a while, the social network for professionals recently made a few moves to catch up to other platforms. If you share written content and marketing materials on LinkedIn, you’ll be happy about the recent changes made to Publisher – read the complete guide here. If you advertise on the platform, you now have the option of tracking conversions for your sponsored content and ads. What’s more, LinkedIn’s mobile app can now handle using hashtags 😱, and you can even search with them (you know, the function they were originally intended for?). Overall, LinkedIn is starting to catch up! 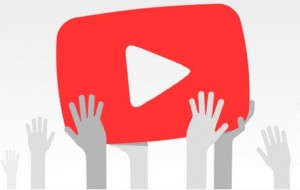 It looks like YouTube, the internet’s second largest search engine, is working to become more of a social platform. YouTube announced that Community, a new social networking feature aimed at helping video creators connect with their viewers, is currently in beta with new engagement-enhancing features rolling out in upcoming months. Facebook, Snapchat and Instagram continue to challenge YouTube’s standing as the top video platform, so it makes sense for YouTube to give its best creators more tools for fun and spontaneous communication with their followers. So far it looks as though YouTube will hand-pick which creators are invited to participate, but Community might open up to more users down the road if it’s successful.

In an interesting development, AdBlock Plus is now moving to sell ads. Rather than removing all ads from the internet, AdBlock intends to replace ads that are intrusive, ugly and generally bad through a new ad marketplace that allows website operators to choose and display “acceptable” ads, which are theoretically more user-friendly. Visitors to those websites who have AdBlock Plus installed will only be shown the “acceptable ads,” instead of any other ads that would typically run on that same website.

Users won’t really be able to escape ads anymore, but website operators will be able to “monetize the adblockers on their own terms” with 80 percent of the revenue split going to publishers/website operators. This marketplace expands the Acceptable Ad Program that AdBlock began in 2011, which displays “whitelisted” approved ads to users with blockers. Not everyone will be happy with this arrangement, but since all-or-nothing adblocking was always going to be a problem for advertisers to contend with, AdBlock Plus argues that it’s at least proposing a better solution. Unsurprisingly, Google doesn’t seem happy about it.