Just when marketers and advertisers start to settle into the new normal, Facebook throws us another curveball. This time the social media giant wants to make users’ news feeds more “informative” by using a new “ranking signal” to indicate which types of stories individual users find most engaging. However, Digital Trends notes that this is another sign of Facebook’s changing attitude toward publishers, as it continues to define what kinds of content are suitable for the platform. Until the dust settles and users have adjusted to what their new news feeds look like, marketers and advertisers will have a better sense of where their content stands in the rankings. In the meantime, it might not hurt to circumvent the system by asking your real-people friends and Page Fans to share your content themselves.

This “ranking signal” move comes a few weeks after Facebook declared it would fight harder against “clickbait” or “misleading” content. Unfortunately, Facebook identifies clickbait content by judging whether the headline “withholds information required to understand what the content of the article is.” So with superficial criteria like this, steer clear of using “YOU WON’T BELIEVE…” headlines that make Facebook think you’re spammy.

In other news, the ad-blocking wars rage on. Last week Facebook gloated that it figured out a way to code its advertisements so that ad blockers would mistake them for regular content. In the announcement, Facebook argued that its ads aren’t really that annoying, and users can take control of what they see by indicating which ads are better aligned with their interests. About 48 hours after the “unblockable ads” were announced, major rival Adblock Plus countered that it found a way to strip ads from Facebook’s sidebar and news feed even with the new coding approach. In acknowledging defeat, Facebook claimed that regular content was being blocked along with the ads. This back-and-forth could go on for awhile, as Facebook depends heavily on ads for revenue, but users will continue to find ways to circumvent them. As long as marketers are getting their money’s worth for the ads they place on Facebook, don’t expect major changes to this system anytime soon. 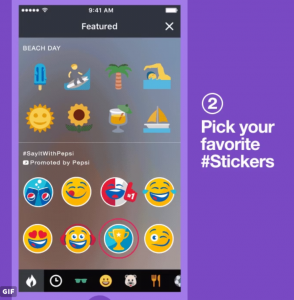 Twitter has loosened up the reins on some of its features lately. After years of enduring criticism for allowing abuse to run rampant on the social platform, Twitter announced that all users, not just the verified and famous, now have access to its most critical anti-harassment tools. Now all users can choose to filter their notifications to see only the other users they follow, and they can implement a quality filter that hides activity from too-new or suspicious accounts. A small comfort for users who feel weary of sifting through tweet garbage from automated spambots and not-so-nice human users.

And, pretty soon Twitter will allow any old users to create Moments. Previously, only Twitter itself and a handful of brands had the ability to create Moments, which compile tweets that surround a specific news story or popular conversation topic. New brands and influencers are already taking a stab at making Moments, and Twitter hopes that Moments will expand into a content discovery feature that helps new users get comfortable with the platform. However, it’s not clear when smaller-scale marketers and regular users will be able to make Moments, or how that would work. Stay tuned, folks.

Twitter is also letting marketers create their own sponsored stickers that users can slap on their tweets and visual content. Although stickers don’t seem to be the most popular content out there right now, it’ll be interesting to see which marketers and brands will take this concept the furthest. It’ll also be interesting to see whether this helps Twitter make some money.

Instagram Stories made major headlines at the time of our previous post, but another more recent update quietly added two more Snapchat-esque video features. Now users can zoom while recording video by swiping up or down, and iOS users can double-tap their screen to switch between their front and back cameras while recording. This should lead to some interesting video content formats, especially for behind-the-scenes or interview clips. Marketers, get ready to insert yourselves into your content! 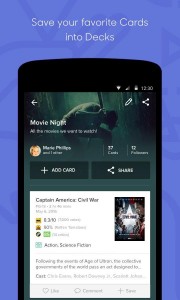 Ever since Instagram hijacked Stories from Snapchat, we’ve all been waiting to see how Snapchat would respond to the threat and whether the app will survive this turf war. We got our first inclination of Snapchat’s next plans on Monday, when it was announced that Snapchat is finalizing a $110 million deal to acquire Vurb, an app that makes recommendations. Vurb promotes itself as “the only search app that gives you suggestions and results tailored to what you love – and keeps you updated on trending topics you care about.” Vurb users can also create lists of their own recommendations.

If Vurb serves as a database of things to do and places to see, imagine how Snapchat could take a user’s location and suggest activities, restaurants or attractions, or show what friends are doing and where. Information that users find on Vurb, such as directions and reviews, as well as functions like being able to make purchases or reservations directly in the app, could be “geo-loaded” into Snaps. For example, a marketer could post a Snap to promote a restaurant or sale, and users would be able to quickly see the location where the Snap was taken, and then make their own reservation or purchase. Although it isn’t clear how Snapchat would monetize this feature, you can imagine integrated paid ads and reviews from Vurb listings would give businesses a chance to get in on the action.

While everyone is watching other platforms, Pinterest is gearing up to become an even bigger major advertising venue for retailers and lifestyle marketers. Recently the platform took a page out of Google’s book and launched auction-based ad-buying that allows advertisers to bid on cost-per-impression through an auction, just like Google’s Display Network. Previously brands had to buy ads at a fixed price, so the new self-serve system should help small and medium-sized advertisers optimize their spending for more impressions or better prices. Pinterest is looking more and more attractive for brands who fit the platform’s aspirational DIY niche, and we’re wondering if it’s only a matter of time before Pinterest becomes a serious competitor to Amazon.

Not to be left behind after LinkedIn jumped on the native video bandwagon, Pinterest is also catching up with the trend by finally allowing users to upload videos as pins. At long last, there’s a better way to share Pinterest-perfect content like makeup tutorials and workout videos! Users could pin videos from other sites before, but they wouldn’t play in-stream and redirected the user to another page. The new integrated approach improves the experience for users, and provides a more attractive advertising space for marketers with video content to burn.