Our Favorite Commercials from Super Bowl 55

Posted on February 12, 2021 by Jonathan Miranda

Posted on February 12, 2021
by Jonathan Miranda 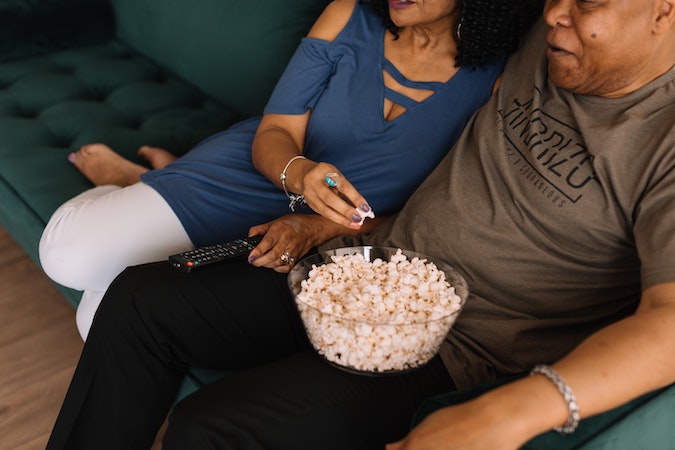 Why Good Communication is so Important for a Website Project

Does Your Website Need a Renovation or a Rebuild?

This NFL season and Super Bowl were unlike any other. It’s likely that your Super Bowl festivities looked significantly different this year. The days of mask-free parties with dozens of people seem much longer than just a year ago. With all that’s been different this past year, thank goodness we could still enjoy the topsy-turvy ride that is Super Bowl commercials.

Our team picked some of our favorite Super Bowl 55 commercials – check them out below.

“‘As a local access show, we want everyone to support local restaurants,’ Wayne says. Uber Eats says its ‘Eat Local’ campaign is a $20 million effort to support its business partners over the next six months due to the COVID-19 pandemic. There is no better way to bring back the best duo that all started from SNL. Simple, funny, and effective…Bring back Wayne’s World!!”

“It’s hard to make a cliché phrase be less, well, cliché. Bud Light Seltzer Lemonade somehow turned the phrase, ‘When like gives you lemons, make lemonade,’ into a fresh and funny spot. The ad builds well too, with the lemons falling harder and harder throughout the ad. Much like the way 2020 just kept throwing more and more things at us!”

“I laughed every time Brad Garrett said ‘Jimmy’s John’s.’ The way the ad highlights Jimmy John’s unique selling points (fresh bread, all-natural meat, etc.) by ‘slamming’ them is an entertaining and clever approach for an ad! Following the point of view of a JJ competitor was creative, and Brad Garrett continually messing up the brand’s name was genius! Not only was it hilarious, but it’s a smart advertising move to drive home the brand continuously throughout the spot. Now I’m craving Jimmy’s John’s…”

“For me, there was no 100% clear Super Bowl ad winner this year. There was no Old Spice – The Man Your Man Could Smell Like. There was no Budweiser Frogs. And there certainly wasn’t a Coca Cola – Mean Joe Greene. All of these are classics, of course. Though not classified as instant-classics, the few that stood out a bit more are the following: Jimmy John’s Is The King of Cold Cuts, No Way Norway, and Timothee Scissorhands.

“Jimmy John’s (see video above) is a winner simply because I’m a sucker for anything Mob/Godfather/Goodfellas/Sopranos/etc. No Way Norway + Will Ferrell + Kenan Thompson = Win Win Win. And Timothee Scissorhands hit me with a nice little dose of whimsical nostalgia. And as usual, the ads were definitely more entertaining than the game itself. (Let somebody else win, Tom Brady!)”

“I thought Jeep did a great job of delivering an incredibly inspiring message without sounding cheesy or pretentious. Just simple visuals and powerful words from The Boss. Also, kudos to the team behind the spot for doing it all without showcasing a single current Jeep vehicle.”

“Honorable mention goes to the Dr. Squatch commercial for being unpredictable and memorable. Also, if there’s an outtake reel from filming that spot, I need to see it.”

“I loved the shock value of this particular Paramount+ ad. The best laugh I had during any of the Super Bowl ads was when Bryson DeChambeau abruptly amputated the puppet’s arm by taking a swing at it with his iron. The absurd premise of this series was just the right amount of ridiculous for me. I’ve always enjoyed it when series of commercials form a timeline. I think they’re really effective because if you want to understand how they relate to each other you’ve got to watch them all.”

“My favorite Super Bowl 55 commercial was Cheetos Makes Shaggy a Third Wheel. First off, Cheetos. Yum! Second off, I love Mila Kunis and Ashton Kutcher. Hello, relationship goals. Third, hearing Ashton sing is quite entertaining. Lastly, at the end where Shaggy says, ‘That’s the first time that’s ever worked,’ is hilarious. Now I’ll be listening to Shaggy on repeat and eating a whole bag of Cheetos, which is not hard. Other honorable mentions include Timothee Scissorhands (so cool they got Winona Ryder to reprise her role!), Amy Schumer’s Fairy Godmayo, Dan Levy Holds an M&M Captive, and Drake Dons the State Farm Polo.”

See ya next year!

We hope you enjoyed these spots as much as we did. If you’re feeling nostalgic and you’d like to see last year’s favorites you can view them here. Here’s looking forward to Super Bowl 56 and more “normal” parties next year.