We finally got our answer to the question we’ve been asking since Instagram released Stories: How will Snapchat bounce back? As Snap Inc. This interesting rebranding positions Snap Inc. as a “camera company” that owns Snapchat and sells Spectacles, a funky pair of shades that allows the wearer to push a button on the frame to record 10-second video clips. Spectacles connect to the user’s phone with Wifi or Bluetooth, so it’s easy to upload the video and share to Snapchat. Although there aren’t any augmented reality features such as filters on this version of the device, Spectacles record videos with a 115 degree angle lens, which is similar to a human’s field of vision. While the rest of us are struggling to decide between portrait and landscape orientation, Snapchat has decided that rectangular video will soon become a relic of the past.

For awhile now, the industry has been circulating rumors that Snapchat would release a new product and expand the social app’s advertising options in preparation for the company to go public. Shortly before releasing Spectacles, Snapchat announced three new targeting options for advertisers: Remarketing, audience categorization based on users’ behavior, and Lookalikes, which allows advertisers to target individuals similar to the users who already engage with their brand. All of which is pretty similar to the targeting features already offered by Google and Facebook. Unlike those two companies, Snapchat’s founder and CEO Evan Spiegel has been pretty vocal about his company’s aversion to the “creepiness” of ad targeting, and the need to balance relevancy with privacy. For the past year since Snapchat released its core ad options, advertisers could only target users by age, gender, location, device, mobile carrier and how they responded to ads placed in the Discovery section. With the refocused branding of Snap Inc., it looks like the “anti-creepiness” mentality is gone. Alas, such is the “lifecycle of communication apps built on scale,” but at least marketers can utilize better targeting options for their Snapchat advertising budgets. 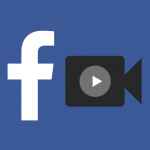 The friendly giant let down a lot of marketers and advertisers when Facebook admitted that it has been inflating stats for videos and video ads for the past two years. Apparently your “Average View Duration” numbers have been misrepresented because Facebook only excluded users who viewed your video content for fewer than three seconds. Which means your metrics could have been inflated by 60 to 80 percent. Perhaps we should have known that Facebook’s video craze, and the organic reach associated with it, was too good to be true? On the other hand, view duration isn’t such a big deal if you’re more interested in measuring outcomes, such as clicks and conversions. Facebook says that advertisers weren’t overcharged and that it’s fixing the problem, so it’s up to marketers and advertisers to decide if they’re getting their budgets’ worth for their Facebook video ads. Regardless of how you or Facebook measure video ad success, it doesn’t look like video content is going to become less significant anytime soon. 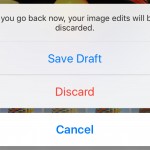 You asked for it, and you got it. Soon, we will gain the power to save drafts on Instagram so we can return later to perfect our post or share it at a better time. After years of playing around with third-party apps that all but let you schedule posts just to be prompted to post them yourself anyway, this is a very welcome change. Maybe you’re one of the lucky few users who got to test the feature before its official release, but for the rest of us who just got the update for our accounts, here’s how it works. Marketers, get ready to step up your game now that you can revisit content ideas and take your drafts on the road.

P.S. Android users can now zoom in on photos, too! 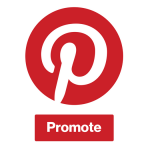 The search/shopping/dream-building platform recently added a “Promote” option to pins to make advertising easier, essentially creating its own version of Facebook’s “Boost” button for posts. Pinterest is different from other social media platforms in that more than half of Pinterest users engage because they actually, truly intend to find a product or make a purchase. And now Pinterest is focused on making the advertising and promotion process as painless as possible for marketers. So, to all the companies trying to sell a lifestyle brand or highly visual product: Are you using Pinterest yet??? 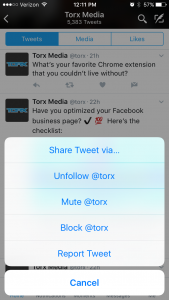 Twitter really likes you, but they don’t totally get you. So they made it easier for you to tell them what you’re about, right from your timeline. Instead of hitting the old three-dot symbol on a tweet to share, mute, block or report another user, you can now click on a drop-down arrow menu to take those same actions or unfollow that user. There’s also a new option, “I don’t like this tweet,” which lets Twitter re-work your timeline to show less content in that vein (Pretty much like Facebook’s “Hide This” option, which lets you “See fewer posts like this” as an alternative to unfriending your obnoxious friends). It looks as though Twitter is coming around to letting users personalize their feeds, which has implications for marketers. Make sure your content doesn’t fall into the “I don’t like this tweet” category, and be aware that it’s easier for discontented followers to unfollow you completely without much effort. Also, Twitter recently added a new filter feature a la Snapchat. If you find that filters fit your brand, go for it. Because filters over everything. 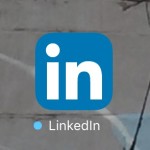 The most business-y of the social media platforms is giving itself a makeover to become more than just “a place to polish up your digital resume.” The list of changes to come includes the biggest redesign of the desktop site to date, and an expansion of the currently lacking chat feature that will incorporate bots to suggest content and serve as digital assistants. And, in case you’re bored with Facebook or Twitter, LinkedIn plans to introduce a trending news feed of articles and other content to be managed by a combination of algorithms and human curators. Although LinkedIn is just now announcing these changes, the platform claims to have been working on the new features since before the Microsoft acquisition. We’re not sure exactly when these changes will debut, but we’ll be very interested in how marketing and advertising professionals can benefit from the makeover.

BONUS: MARKETING YOUR SINGLE SELF 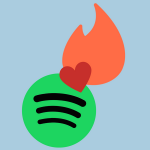 Remember that person you dated because you really connected over a shared reverence of super-indie alternative folk singers that no one else had discovered on obscure music websites yet? Now you can attract that special someone to your Tinder profile with a new Spotify integration that allows you to select your “Anthem” song, which ideally should completely and holistically represent who you are as a person. As if Tinder wasn’t superficial enough to begin with, this somewhat hilarious pairing also allows users to share their top 20 songs and 10 favorite artists with potential matches who peruse their profiles. Tinder even curated special Spotify playlists for the occasion, with charming titles such as “Discovery” and “Love at First Swipe.” But if this doesn’t enable you to find someone who truly gets your musical identity, there’s always Tastebud.