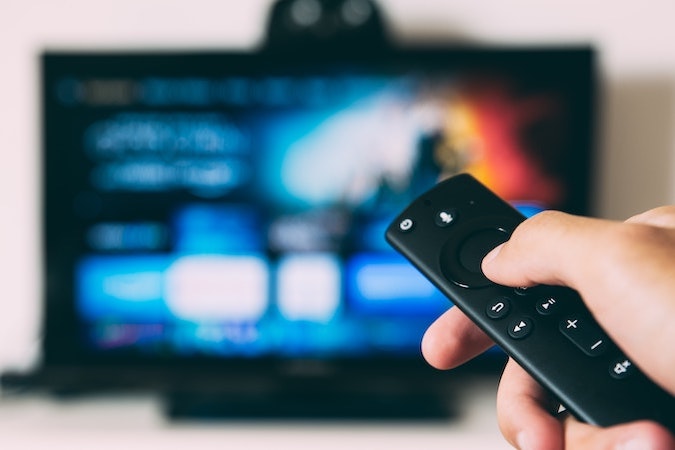 So, we heard there was a pretty big game between the Bagels and the Clams this past weekend.

Personally, we were rooting for the Bagels because we love all things carbs, but the Clams fought pretty hard. Phew! Sports talk over, let’s talk about the main event…. 50 cent!

All jokes aside, as marketers, we always look forward to watching each year’s commercials. Here’s a round-up of our team’s favorite 2022 super bowl commercials!

Mind Reader by Amazon: Let’s be honest. We all know Alexa is listening to us at all times and can read our minds. And Scarlett Johansson with an eye patch is hilarious. Plus her accent is wow!

Honorable mentions: Planters Deluxe Mixed Nuts. There’s only one correct way to eat mixed nuts…MIXED! Hellmann’s: Mayo Tackles Food Waste. Pete Davidson saying what we all have been saying for a while now. “I’m very hittable.”😂 Uber Eats. Eating kitty litter. The diabolical laughter. Jennifer Coolidge. Gwyneth Paltrow eating one of her company’s candles that is supposed to smell like a…well, just look it up. All very funny. Jim Carrey reprising his role as The Cable Guy was great, too. Also…Lindsay Lohan is back and better than ever! Larry David Rejects Everything was very amusing, too. Don’t be like Larry!

Let’s be honest: The actual game was pretty exciting, the halftime show was amazing, but the commercials were, on the whole, a bit blah this year. There were a few standouts, though.

E-Trade’s “Off the Grid” was very entertaining. Any time a toddler can act like an adult and poke fun at people taking investment advice from memes is a winner in my book.

Equally entertaining was Kia’s “Robot Dog”. This heartfelt commercial delivered on telling a touching story that made me feel something for an inanimate object. I still don’t care for Kia’s recent re-brand, but I thought they did a great job with their super bowl spot.

I hate to be a downer but I do feel like this year’s crop of Super Bowl commercials was pretty underwhelming compared to the last few years. There weren’t really any that are going to stick in my memory as we get further from them airing.

That said, I’d have to say my favorite is “Dream House with Anna Kendrick and Barbie” by Rocket Mortgage. As someone who’s bought a house within the last year, it was very relatable. When “better offer Betty” says “I’ll go ten over asking” my first thought was “I wish we only had to go $10k over asking to get our house.”

I remember being a teenager and thinking how lame adults were when they talked about the real estate market. Life comes at you fast, now I am one of those lame adults. 😆

Another year of Super Bowl ads with no “instant classic” in the whole bunch. Maybe I’m just out of touch. No. It’s the children who are wrong! I will say that because I’m a sucker for nostalgia, and while these aren’t the best of the best, I did get a chuckle out of spots like General Motors’ Dr. Evil ad, Paul Rudd and Seth Rogen in the Lay’s commercial, and the Scrubs reunion between Zach Braff and Donald Faison. And that Sopranos theme… General Motors hit a (good) nerve with that one.

But if I have to pick my favorite, I’m going to go with Toyota’s “The Joneses” ad. It wasn’t over-the-top, but I enjoyed the juxtaposition of all of the Joneses (and Jonas) who are unlikely to have appeared together in any other form of media. One small missed opportunity though… Instead of the Nick Jonas punchline, why not bring back Harrison Ford as Indiana Jones? There could’ve even been a small call-out to Harrison Ford and Tommy Lee Jones having worked together on The Fugitive. Jones: “Don’t I know you from somewhere?” Ford: “Dam.”

While I may have been asleep by, ahem, 9 pm the night of the Super Bowl, you best believe I was excited to watch the commercials online the next day!

I, too, felt a little underwhelmed by this year’s commercials, but some did get a good chuckle out of me.

As a fan of the movie Interstellar and Matthew McConaughey, I liked the Salesforce spot. Am I going to switch to using Salesforce now? No. But I enjoyed the ad nonetheless!

Another I got a kick out of was Vroom’s “Flake the Musical” spot. I haven’t tried to sell a car recently, but I am constantly on Facebook Marketplace buying and selling clothing, home goods, furniture, etc. While this Vroom ad may be a bit cheesy, I did relate to the immense joy and relief when you finally find someone who wants to purchase your item…. and the absolute frustration when they ghost you or flake.

And who doesn’t love a good flash mob?

Finally, this Coinbase spot felt very nostalgic to me. I don’t have any particular interest in cryptocurrency, but the throwback to the classic moving screensaver was creative. And the fact that it was a QR code – I can just picture people across America at Super Bowl parties all gathered around the TV trying to scan the code as it moves.

It also makes me think of the classic scene in The Office (if you know, you know).

We hope you enjoyed this little video break in your day! If you find yourself wanting to watch more entertaining Super Bowl commercials, check out our round-up from last year.

Or, if you need help creating some effective ads for your company – fill out the form below, and let’s chat!