It seems the social media giant is in hot water yet again for overstating it’s analytics, yet again. This time it centered around overstating the reach of Facebook Pages and Instant Articles, as well as its count of referrals to apps from ads. Facebook says it overstated app referrals by an average of 6%, and warned page owners to expect a 55% drop in their 28-day reach. They also said they estimated a 7%-8% overstatement on people reading fast-loading Instant Articles. With Facebook supposedly being the leader in collecting and analyzing data for users and advertisers, it’s pretty nerve-wracking to see problems in their algorithms continuing to crop up. Facebook has said it is establishing a “measurement council” to respond to advertisers concerns, but advertisers are still pretty nervous. Perhaps advertisers need to reevaluate how effective Facebook can be for advertising moving forward.

Speaking of Pages, Facebook rolled out a new layout for Pages on desktop. Users can now choose different layouts related to their business type as well as edit and customize sections in the middle. Some changes are accessible within Settings and then clicking Edit Page, however not all changes have been rolled out worldwide yet.

Need to kill a little time? Messenger’s got you covered. Facebook has released Instant Games within Messenger, which allows you to play a selection of 17 games (for now) right on your mobile device. It’s very quick, with barely any load time, and you can play with one friend or multiple friends if you want. Facebook is probably hoping to get back in the game scene, like they were with games like Candy Crush and Farmville, but without the hassle of all the notifications people used to get. Let’s see how popular it gets, and how advertisers can get in on things once Facebook opens things up for ads. 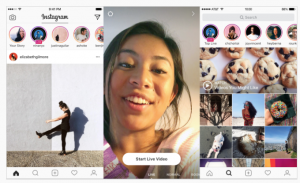 Instagram has continued to add features that are strangely similar to other social media platforms, mostly Snapchat, but now also Facebook. The first new addition is Live Video, which is similar to Facebook Live. Like Facebook Live, other people can watch your livestream and like and comment as much as they want. Once your livestream is over, it disappears from the app so that there’s less pressure.

The other feature Instagram just launched is disappearing stories and videos for Instagram Direct. So like Snapchat, users can create videos or pictures that can be sent to specific users or groups, and will then expire after a certain number of seconds. Users get notifications if people have seen it or have screenshotted it or replayed it, just like Snapchat. It will be interesting to see if more people will migrate to using Instagram Stories and Direct, now that more and more features of Snapchat are available elsewhere. 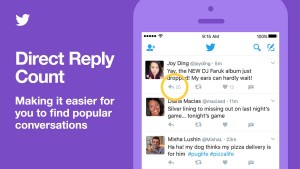 Knowing engagement is the theme of some of the changes Twitter rolled out. They’ve added the ability to see how many people have directly replied to a tweet, showing how many people have directly engaged with the content. And on top of that, they’ve also started ranking replies by what might be most engaging to users. For example, if someone you know has replied to something, that might rank higher than a reply by someone you don’t know that posted chronologically before the person you know. This all shows that Twitter is trying to bring attention to posts and comments that have more engagement and are more relevant to users, in order to increase engagement even more.

As the most open social media platform, Twitter lends itself to a lot of harassment if opinions are stated that are controversial, or even if people are feeling especially abusive. In recent months, twitter has tried to add features to protect users from harassment and have blocked users that have been especially cruel. Twitter has now released an update to their Safety and Privacy Guide, in order to call more attention to proper practices when on Twitter, as well as inform users of options for protecting themselves from harassment. It has an explanation of what is considered harassment, as well as a step-by-step guide on how to report abusive content. This is especially useful for young users of Twitter, that can really be scarred from the online bullying that can take place on Twitter. 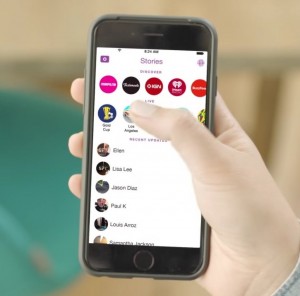 Snapchat is creating a sponsored lens for another movie, yay! Oh wait, they do that all the time. What makes the Underworld: Blood Wars lens special? It’s going to be an interactive 3D lens, that’s what!! Snapchat is planning to create an interactive AR environment through its lenses, in line with the world of Underworld:Blood Wars, for its release at the end of December. Look out for little teasers all month in order to see how Snapchat is going to pull this off. Bring on Kate Becckinsale kicking some supernatural butt, or just the world she’ll be doing it in!! 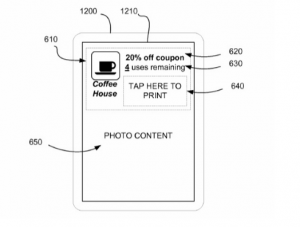 Snapchat now has the functionality in place to use ordinary objects as triggers for their in-app content. This is huge because it lends itself to the possibility of using this functionality for advertising. And apparently, Snapchat felt the same way. They have a patent application in place for this functionality in order to do just that. This might explain why the company removed the auto-advance functionality in stories and willingly let go of all that potential ad revenue, in order to make room for something even more lucrative. Image all the information, deals and company-specific content that could be advertised if someone pointed to an item, or a restaurant, or a store etc. The advertising potential is huge, and could finally rival Facebook’s huge advertising market share.

Business profiles have a fancy new look and it involves a rotating slideshow! The rotating showcase highlights five boards, and can also highlight buyable pins in the “shop” slot to encourage users to purchase from that profile. Users will also be able to see what boards that company has, as well as another tab for its pins. This will all help users see even more information about a business profile, so they can make more informed decisions about what companies to follow/like/buy form. 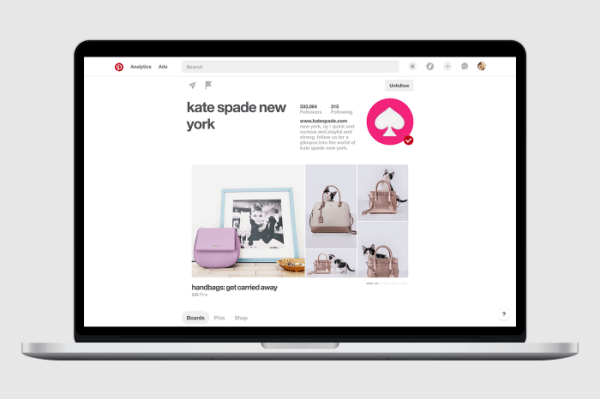