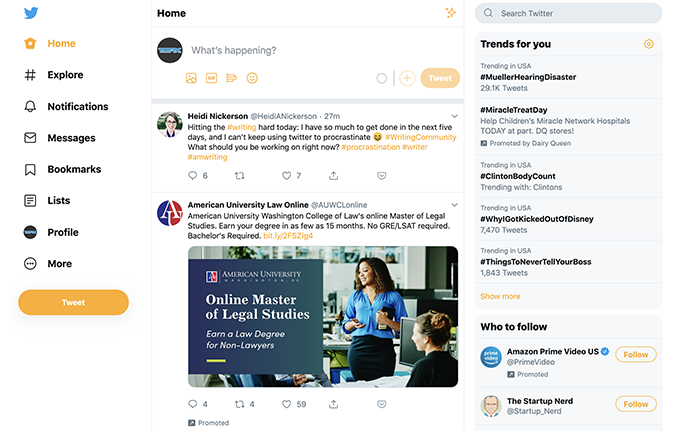 Hello, everyone. I apologize–it’s been awhile since our last lately in social media blog. I must admit I was too preoccupied with a plethora of more important things:

It’s been a busy summer!

Besides all that going on, there’s been quite a bit of social media news that I need to catch you up on.

The U.S. Justice Department’s civil division still needs to finalize the fine, but it would be bigger than the $22.5 million the FTC imposed on Google in 2012 for violating consumer privacy.

The FTC began investing Facebook last year after Cambridge Analytica, a UK political consultancy, acquired data from up to 87 million Facebook users without their permission.

This settlement has more than financial consequences. Facebook will need to document every decision involving user data before introducing new products and track third-party apps to ensure they’re not accessing user data.

Even with this going on, Facebook is also proposing a new digital currency, Libra.

Libra’s stated intent is to establish a “stable currency built on a secure and stable open-source blockchain, backed by a reserve of real assets and governed by an independent association,” that will be accessible to “anyone using a $40 smartphone.”

Last week, the Senate Banking Committee and House Financial Services Committee held hearings with David Marcus, the head of Libra. It did not go well for Marcus.

Both committees grilled Marcus about several omissions and inconsistencies in his testimony as well as Libra’s White Paper.

Would you use Libra?

In the Twitter world, you may have noticed that the social media platform has a new look!

“Some of it is subtle, but a lot of it is a simplification of design,” says Mike Kruzeniski, Twitter’s senior director of product design. “We are trying to find the right places to be bold again, but it’s a resetting of that foundation. Starting with the best stuff and building from there.”

What do you think of the new look?

In addition to the new design, Twitter is testing a way to make conversation threads easier to follow with new icons:

Yes, this is a small change, but it’s one of many things Twitter is changing in the hopes of making its service simpler and more approachable.

The new A.I.-powered feature will detect nasty content and ask the user if they still want to post it.

This is great news for advertisers! Instagram ads will soon show up in the Explore section, too.

By using a personalized feed generated from users’ past actions on Instagram, the idea is to show ads that will help a user find more posts and accounts to follow.

“Brands are an important part of the Instagram experience for people,” Instagram said in a blog post. “Whether it’s shopping, catching up on stories or discovering the latest trends, we see people actively looking to connect with brands they like. That’s why, over the next few months, we’ll be introducing ads in Explore feed.”

For businesses, this means more opportunities for new people to see your ads, increasing your brand awareness.

Social media is constantly changing. New tactics and tools pop up for users all the time. It can be overwhelming to know which tactic to try and which tools to use.

That’s where we come in.

If you are in need of social media marketing guidance for your business, give us a call at 804-577-8679. We can evaluate what you’re currently doing and help you develop a plan that will better serve your goals.

And be sure to stay tuned for next month’s social media roundup…as long as I don’t melt from Virginia’s extreme heat.