Crimes Against Websites: The Case of the Speed Strangler

Previous post:  Crimes Against Websites: The Case of the Domain Disappearance
Next post:  Lately in Social Media 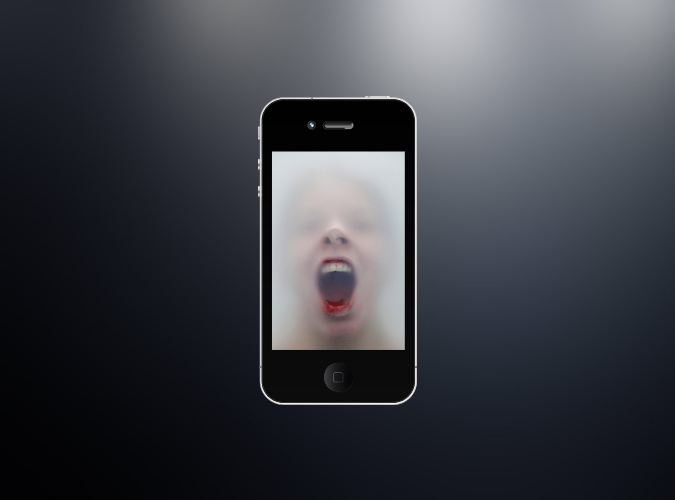 Call Me, Beep Me, If You Wanna Reach Me

5 Ways You Can Use Videos In Your Marketing Strategy

Even the most normal websites can have secrets. But this site had a secret that would lead to its downfall.

On the surface, everything looked normal: Steady traffic, average bounce rates, visitors from all the predictable sources. But underneath those overview analytics, this website contained a major performance issue that had gone undiscovered – until now.

Initially this client had approached us about adding a handful of new pages to their website. But once they asked us to take a deeper look, we made a surprising discovery.

No one at our client’s organization had noticed that the page load speed was crawling at a pace we hadn’t seen since the days of dial-up.

When we arrived at the scene of the crime, we immediately saw the reason why: Massive slider images smothered the top portion of the home page.

We’ve seen this kind of activity before, and the explanation is simple. Typically, a well-intentioned person tries to cram as many high-resolution images onto the home page as possible, reasoning that more pictures will get more clicks.

But then they take it too far – three pictures becomes five, then ten, then 23, and before long the size of the page is out of control. By the time we intervened, the home page took an average of seven seconds to load.

One in three visitors bounced straight from the home page and were never heard from again. That’s the thing about load speed – it’s a problem that always seems trivial, until it’s too late.

But the slider wasn’t the only fatal blow, because the navigation structure was a mess. The header nav menu was riddled with confusing options, and secondary sidebar menus butchered the internal pages. The menus on some pages were completely detached from the rest of the navigation. 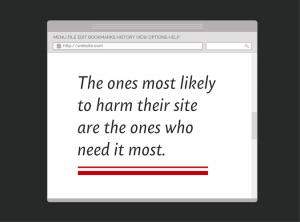 We can only imagine how bewildered visitors must have felt when they tried to use the site. An autopsy of the analytics revealed that most never made it past the home page. Once they clicked to another page, the circular mess of the navigation forced them to backtrack to the home page and keep searching for the content they wanted. Those who escaped often fled.

But what were these users searching for? Upon closer inspection, we found that someone had buried the strongest calls to action in a prominent subpage. But once visitors found their way to this page, nine out of ten would leave the site shortly after. Only a third of them ever returned.

We started this case looking for answers, but we came away with more questions. Was this site design cluster a result of malice? Or negligence? It was time to ask our client some tough questions.

In many cases, the client is the suspect of the investigation. As we’ve seen time and time again, the ones most likely to harm their site are the ones who need it most.

The client maintained that they hadn’t experienced any problems with the website, because they were still receiving filled out contact forms and seeing users complete financial transactions. From their point of view, all was well.

But when we confronted them about their priorities for their website, they admitted that user experience hadn’t been important to them until now. It didn’t occur to them that the very people they were trying to reach could abandon them because of how their website operated.

After making some critical changes, we were able to resuscitate the site and improve its performance. But with those painfully slow loading times and the internal bounce rates in such bad shape, the previous version didn’t stand a chance with today’s users and their high performance standards.

We’ll never know how many leads were lost as a result.