5 Things That Excite Us Lately

The Summer Olympics come around every 4 years, and it’s always a fun time for the world when they do. Thanks to social media though, the Olympics has become an even more fun and engaging event. Social media allows us to catch all the fun, goofy, impressive, and exciting moments of the Games without having to sit through the tedious parts. Not only that, things that aren’t showcased on traditional broadcasts might make appearances on social media for our immense entertainment. For example, social media captioning a picture of a life guard at the Olympics in so many entertaining and relevant ways. Or maybe you remember the parents of American gymnast Aly Raisman’s reactions during the 2012 London Olympics? Well lucky for us, Rio got us another look at those hilariously squirmy parents. How about US swimmer Michael Phelps’s face in the warmup room before swimming against Chad Le Clos in the semi-finals, who beat him in his signature event (the 200 meter butterfly) at the 2012 London Olympics? Social media could not handle Phelps’s reaction to Le Clos warming up right in front of him. #PhelpsFace. We can’t wait to see what other gems we get from this year’s Games in Rio.

Ever since the game’s release in July, we have been obsessed. Some of us grew up with Pokémon, while others are newly discovering the magic of Pokémon now. Either way, every lunch break, coffee run, or canal stroll now involves us whipping out our phones to catch some Zubats or Pidgeys. If we’re lucky, someone down in Shockoe Bottom might have placed a lure and we get to take advantage of it and catch some more exciting Pokémon. We’re definitely grateful that our office is in a prime location for Poké-Stops and Pokémon hunting. 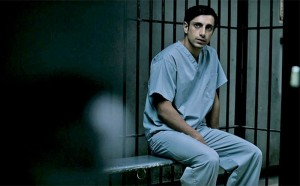 Along with the Olympics, we’re excited about other shows that are making their appearance on summer television. While we miss our usual fall lineup, summer is a great time to start something new to hold us over. Some of the shows we’ve discovered this summer are HBO’s The Night Of and Netflix’s Stranger Things. Filling the hole that Game of Thrones left in our Sunday nights, is the subtle The Night Of. It’s about a Pakistani-American young man who is being tried for the vicious murder of a young white woman in New York City. The show examines the trials the main character goes through in attempting to get a fair and unbiased trial in modern America, while also exploring what must be done in order to survive in prison. If you liked season one of the podcast Serial and/or Netflix’s documentary show Making a Murderer, this show is right up your alley. 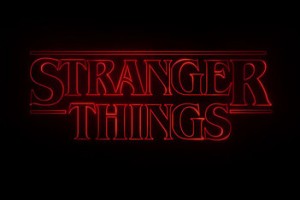 On the Netflix streaming front, Stranger Things is our new obsession. It’s about a boy who goes missing, and his mother’s investigation into what happened. There is plenty of mystery, and strong supernatural vibes to keep you intrigued. What really excites us about this show though is the ’80s nostalgia, as well as the music. We’re waiting for a soundtrack for this show so we can listen to it while we work. 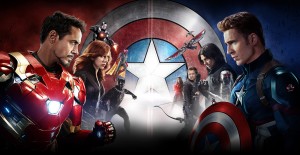 In the same vein as summer television, we’re excited for all the summer movies that came out this year. We started the season off with superhero blockbusters like Captain America: Civil War and X-Men Apocalypse, which always excite our inner-nerds. We got a few others in the middle, like Finding Dory (who doesn’t love Pixar?) and the new Ghostbusters (lady-bosses). We’re closing out the summer with Suicide Squad and the daring adult-animation Sausage Party. There were some huge hits, and some unfortunate misses. But isn’t that part of the fun of summer movies? 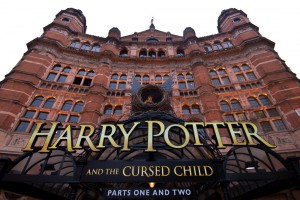 At the end of July, the world was gifted with a new Harry Potter story, the script for the London play, Harry Potter and The Cursed Child. While it isn’t technically a new novel by the Harry Potter author, J. K. Rowling, she did help the scriptwriters with the story. So it’s basically the extension to the original Harry Potter series that we never thought we’d get. Whether you have read the books, or seen the movies, or both, this delve back into the Harry Potter universe brings back great memories and such a strong sense of nostalgia. All the familiar characters are there, and some interesting new ones, but the sense of awe when reading about the magical world is ever present. If only we could take a “business trip” to London to catch the play onstage.